It’s been another wild year, Maniacs! We have a lot in store for you in 2022, and a big part of that is a more regular focus on our community. One thing that I know is true about TCG players is that if there’s one thing we like more than to hear what others think about TCGs, it’s to talk about them ourselves!

Table Talk is one of our new tools to help give our fans the opportunity to get their voice out there as well. Each month, we’ll pose a question to our fans on Facebook and in our Discord, and we’ll take some of our favorite responses and feature them in that month’s Table Talk article! We’ll always include 1-2 of our Patrons, as a special extra bonus for supporting us, but there is no paywall to being featured here, so please make sure to join in the fun next time and let us know what you think!

This month, as the most fitting way to close out 2021, we wanted to hear our community’s response to:

This doesn’t mean a new TCG necessarily, though it can – but any single TCG product – a new expansion, starter decks, promos – that made the biggest impact to you as a player. Read on to hear what our community thought, and some of my thoughts in response!

If you haven’t heard of it before, I don’t blame you – but Wixoss (pronounced “We-cross”) has actually been around for 7 years as a Japan-only TCG, and just at the end of this year received it’s first English booster release, Wixoss INTERLUDE DIVA. As Dustin notes, there have actually been several anime series floating around the anime-streaming regions of the internet for a long while now, so it’s surprising – and perhaps somewhat miraculous? – that after so long it finally was deemed a reasonable enough sale for the English-speaking market. If you ask me, the popularity of V-Tubers has got to play some sort of part in this, but I’m sure there’s a host of reasons!

And Wixoss is not just a random game out of the land of the rising sun – it carries a strong design pedigree, designed by MTG Hall of Famer and 2006 MTG Player of the Year Shota Yasooka, and published by Hobby Japan, who are also co-producers of the Final Fantasy TCG. The game’s mechanics are a unique blend of some popular ideas in Japanese TCGs, and fans of games like Dragon Ball Super Card Game, Duel Masters/Kaijudo, and Cardfight! Vanguard may find a lot to like in how it plays. It also features an unapologetically female-focused theme, going so far as to name its primary character card type “LRIG” – “GIRL” spelled backwards. And, finally, like most games out of Japan, it’s got absolutely top quality graphic design, artwork, and foiling, especially on its chase cards.

For those looking to learn more, we have to recommend the comprehensive how to play video by our friend Red Zone Rogue. And to finish it off, our own Kevin also chimed in and picked it as his release of 2021, adding in the following explanation:

“Sorry for the late response, but yeah WIXOSS has been in Japan since 2014 and we’re FINALLY getting it over here so that was exciting and the game is just really fun with a lot of unique mechanics, interactions, and back and forth. It feels like a great combination of DBS, Vanguard, and even a little Runeterra. Base rarity decks are super cheap and you only spend serious $$ if you want alt arts (which are SUPER pricey). The game was also designed by a Japanese MTG Pro Tour player, same guy who helped make Force of Will.

So it’s a lot of fun, fantastic art, great foiling on cards, and it has VTubers! So it’s a win in my book lol

It’s super niche and I think a lot of people would like it if they gave it a shot, it isn’t a huge investment to get into. I plan to make some content for it on the site in the near future :)” 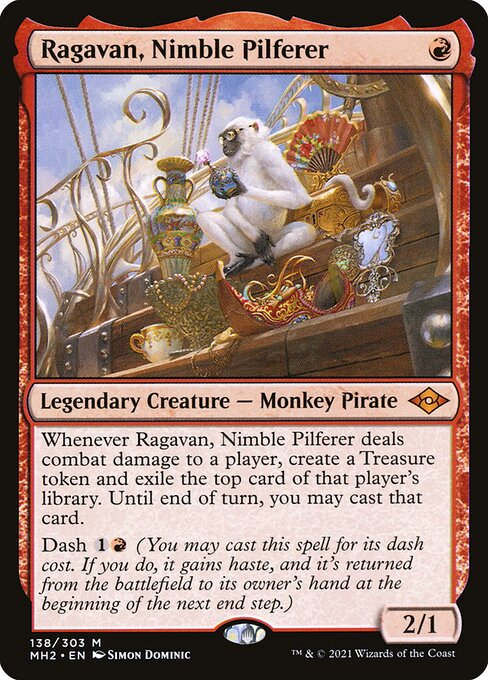 is a bit of a headache in competitive formats where he is legal and was perhaps pushed a little bit more than necessary, Taylor notes how fun the designs are in the set in general, and I couldn’t agree more.

This second iteration of Modern Horizons once again featured a ton of card designs that you simple can’t find anywhere else. The mechanic-focused Mel inside me adores the mix-and-match nature of the set, like when you finally take apart all of your beloved, built-to-instructions LEGO sets and start to build an orange-saw-filled spaceship for your pirate captain, fueled by Octantm. Opening the toybox in this way gave us powerful cards like a new cycle of Lorwyn’s Evoke creatures mimicing powerful spells from MTG’s history (Solitude 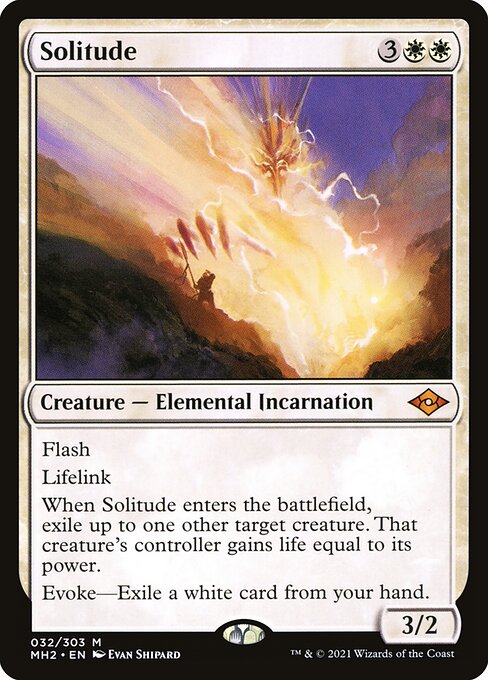 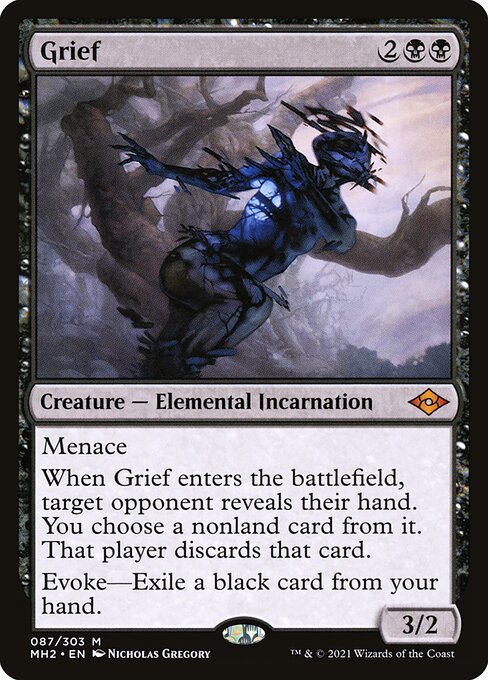 ), curious combinations of abilities like Converge and Flashback in Kaleidoscorch 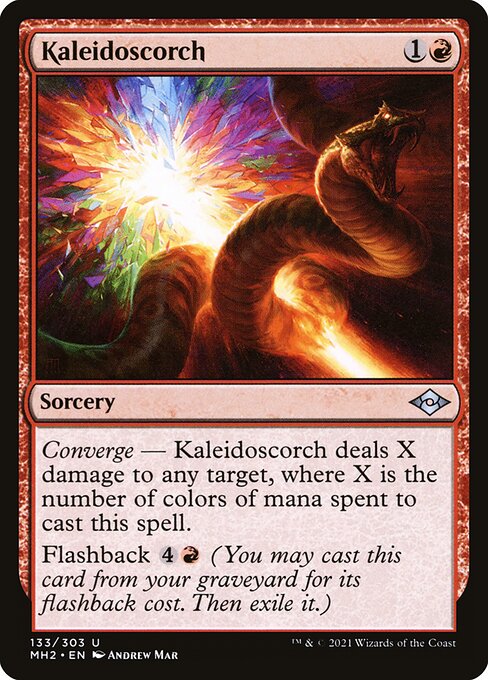 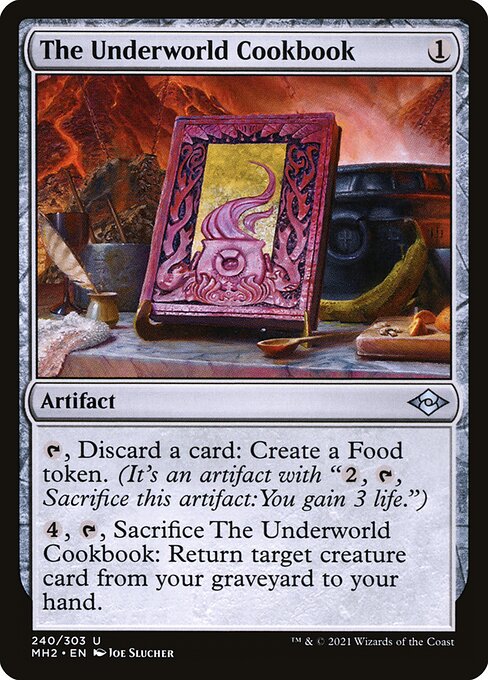 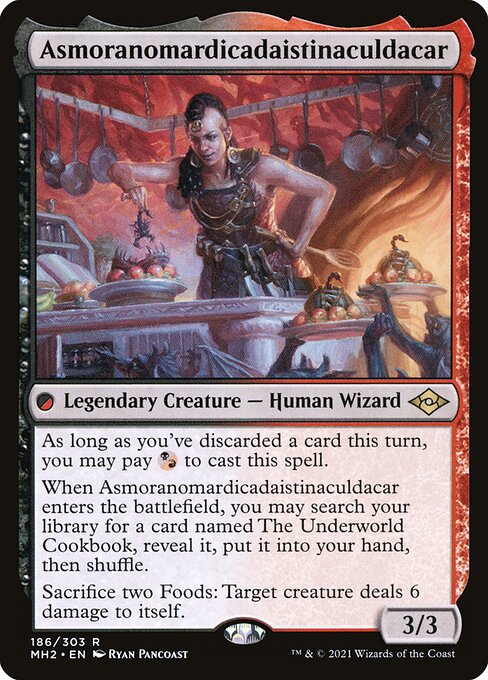 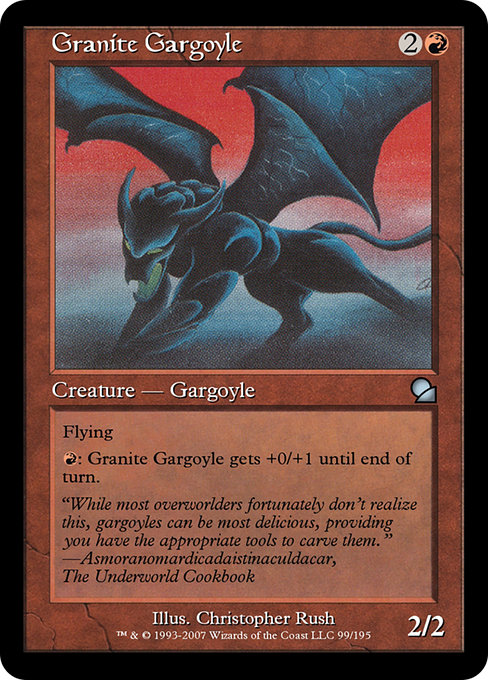 Toss into the eclectic mix of cards some awesome reprints like the Fetchlands, and a heaping helping of cool card frames and styles (Etched foils! Retro frames! Extended frames! Borderless cards!) and you have a recipe that Asmoranomardu…any underworld chef would be proud of! MH2 provided a huge shake up for MTG’s oldest formats and lots of super fun cards for Commander and casual games alike, making it an excellent pick for MTG’s best set of the year and best TCG release in general.

This was a really fun answer! Not a “release” so much as a “leak”, but I’ll take it, because for players of the 2014 Panini Dragon Ball Z TCG, this was a big deal!

Many may be aware of how the game – which had a steadily growing playerbase and some big cash prize events around the US – was abruptly ended to pave the way for the international release of the Dragon Ball Super Card Game in 2017. When the cover closed on the game, there were numerous 2017 events in the works, with an expansion of the OP program to include “Dragon Prix” events, more Regionals than before, and new and unique prizes in development to accompany the cash rewards. Of course, this included additional promo cards which had seen print with the most recent set, Awakening.

These promos were assumed destroyed, as is common in TCGs, when the license was lost, but apparently a good number of them survived, or a very elaborate counterfeiting scheme is in place that involves selling these promos in large quantities at rock bottom prices. Even as I write this, there are still a number up for sale on eBay by seller patfi-25, who goes by “Chip”, for as low as $1.25 USD per piece.

I’ll chalk that one up to the most unexpected TCG news of the year, as well – but a wonderful find for collectors of the dead-but-still-living TCG that is now in fan-run status while patiently awaiting it’s second official revival from Shenron.

Pokemon – have you heard of it? As much as I am a fan of Magic, Pokemon is probably the best known card game in the world at this point. And throughout 2020 and 2021, Pokemon’s collectability saw an absolute bubble with a wide number of factors (some pandemic related) playing into it – but one that doesn’t get hit on enough is simply Pokemon knowing their audience well.

While I think the design of Pokemon over the years hasn’t seen quite the growth and evolution (ironically!) you expect in other competitive TCGs, in some respects that’s commendable – like when a band’s second, third, and fourth album is more of the same stuff you loved from the first. Evolution and reinvention can have a really positive impact on your entertainment-of-choice, but it carries risks as well, and Pokemon likes to make sure it’s still, well, Pokemon. That’s why you see many mechanics popping up over and over with slightly different names or tweaks – EX, GX, V, Vmax – these small evolutions in gameplay may be retreading ground, but they are familiar and always feature just enough change to keep it from being exactly the same.

However, 2021 saw one of the bigger overarching game changes in a while with the addition of Battle Styles, inspired by the legendary Urshifu from the Sword & Shield Expansion Pass. Battle Styles effectively introduce a new typing to your card (Rapid Strike or Single Strike), allowing you to build decks around a particular Battle Style where the cards work better with other cards of that Battle Style. So in addition to selecting your types for optimal Energy use, you can lean in on one Battle Style in particular, or keep your options more open and not focus on any. As Jason – a Patreon supporter from the very beginning – points out here, Fusion Strike released at the tail end of the year and added a third, eponymous Battle Style, creating yet more options for exploring deck building space within these Styles, as well as introducing a host of utility cards to expand diversity in its metagame.  I’m excited to see how Pokemon continues to iterate on their Battle Styles mechanic, and if the game can at last master an evolution of its own!

I can’t say I didn’t see this one coming! The My Hero Academia CCG, which treats itself both as a stand-alone format and expansion to Jasco’s Universus (previously UFS) TCG, has been hotly anticipated since it’s announcement all the way back at Gen Con 2019. Though it suffered several delays (and we continued to provide some coverage of it through 2020), at long last it has released, with a set 2 slated for March of next year.

When it comes to gameplay, MHA CCG has the advantage of standing on its own shoulders as a part of the Universus system – a solid and very fun set of mechanics, as KingKaioshen is quick to point out. As a company, we’ve long been a fan of Jasco’s player-first policies, and they’ve had a smaller, but highly dedicated group of players for many years while they focused largely on fighting video game properties. Forsaken1372 and Ciemność Dain both highlighted that MHA as a pop culture phenomenon, along with some nice moves Jasco has made to help advertise the game with Funimation and handle distribution through Asmodee, has helped the game see marked growth over the more recent Universus offerings, like Yu Yu Hakusho and even Cowboy Bebop.

I have to give huge props to the development team for their successes with MHA set 1 – even playing the standalone MHA format (which I would wholeheartedly recommend as an entry point to the game), the deck building variety is absolutely colossal from just a single set. There are no fewer than 28 distinct Characters to play with, plus additional versions of Characters like All-Might and some of the main cast from Class 1A – and each character card can be played under 3 of the 12 different resource icons. It’s great that many new players are getting to discover the fun of the Universus system with such an awesome property, and despite it taking a long time – though not quite as long as Wixoss! – it does seem like the wait was well worth it.

And with that, that’s a wrap for 2021! We’ll be back in 2022 with more articles, and our first Table Talk of the year. I had a ton of fun reading all of your comments, so I hope you enjoyed the read – if you’d like to take part in the next one, make sure you like us on Facebook and/or have joined our Discord so you can join in the conversation!

Happy Holidays, everyone, and have a wonderful New Year!

Welcome to Maindeck - Shuffle and Play!