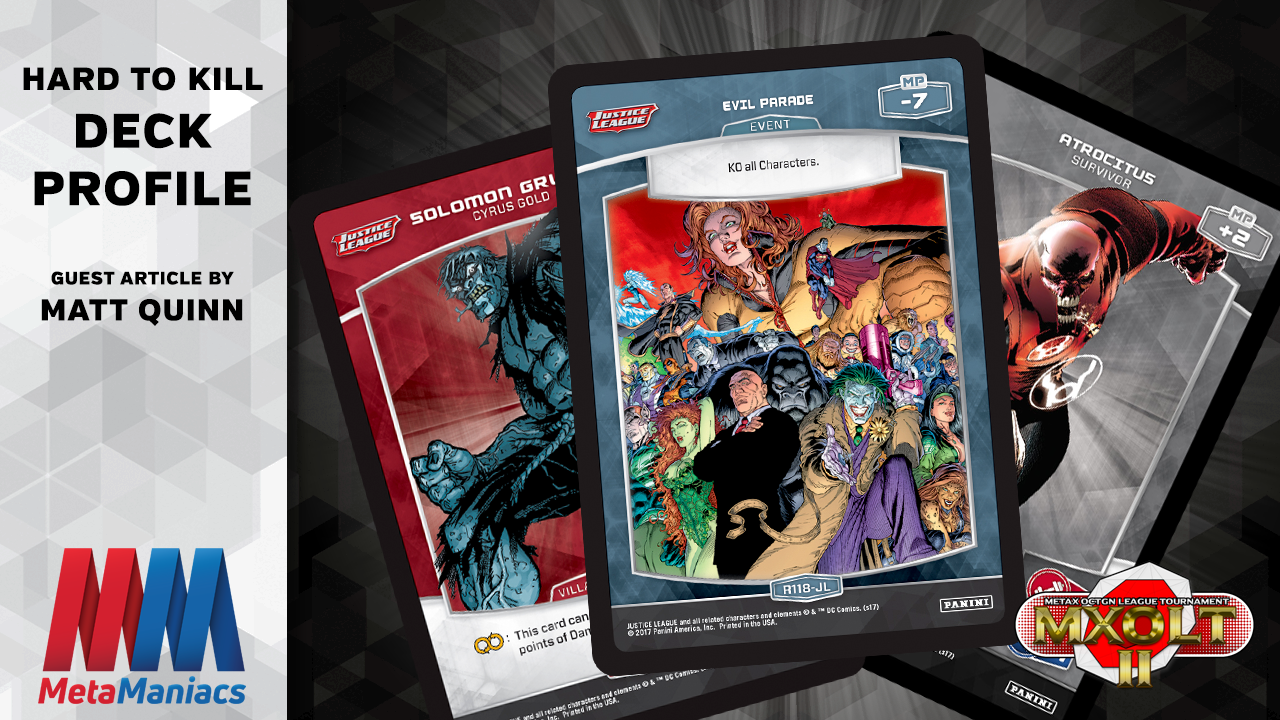 Editors Note: Many cards in Justice League can provide the core for some exceptionally potent combo-focused decks, and such a deck was piloted by Matt Quinn to just a tiebreaker off of top cut in the MXOLT II. Matt was gracious enough to write up a deck profile for his 9th place combo-control deck that leverages the potent board wipe Evil Parade with a variety of hard-to-kill characters such as Solomon Grundy, Green Lantern – John Stewart, and Female Titan to maintain board advantage.

My name is Matt Quinn. You may also know me as PyroCobra11 on OCTGN, or the guy that ran the MXOLT II. In addition to running the event, I also had the unfortunate distinction of being the 9th place finisher. I heard a few calls for a deck profile, and thought I might oblige.

In MetaX, I’ve had a tendency to gravitate towards combo/control decks that clear my opponent’s defenders, allowing me to attack for guaranteed VP. I played Starfire/Batman Transfer of Power at GenCon, with my day ruined by a combination of poor luck (Starfire is really bad if there isn’t a rank 7 battle card in the discard pile, to state the obvious) and Matt Smith running one of the coolest MetaX decks I’ve had the pleasure of playing against. In the first MXOLT, I played a Harley – Queen of Arkham and Sinestro – Master Tactician deck with a toolbox of rank 5 characters to a top 8 finish. Finally, in the MXOLT II I played this, possibly starting a trend of naming my MetaX decks after Steven Segal movies: 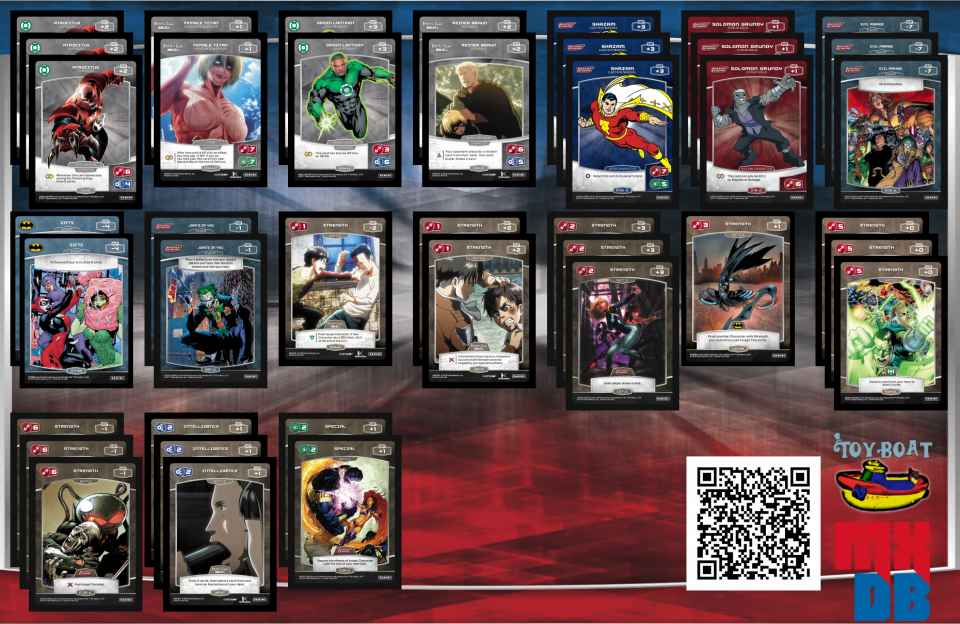 The main goal of the deck was to leverage Grundy and John Stewart’s immunity to Evil Parade to gain tempo and get some open swings for unopposed VP. In support of that goal I played characters such as Shazam, Atrocitus – Survivor, and Female Titan that, while not immune to it, could provide some advantage with Evil Parade.

Shazam provides an MP engine to fuel the high MP cost of Evil Parade. He can also blink off of the field before I play Evil Parade, only to return immediately after, reducing the card cost of Evil Parade. Female Titan plays a similar role, losing the MP advantage in favor of a tempo advantage. Atrocitus essentially adds “draw 2 cards” to the text of Evil Parade, making a great event even better. Finally, there is Reiner Braun, who is there mainly for his card draw and stats, along with the small chance of disruption. 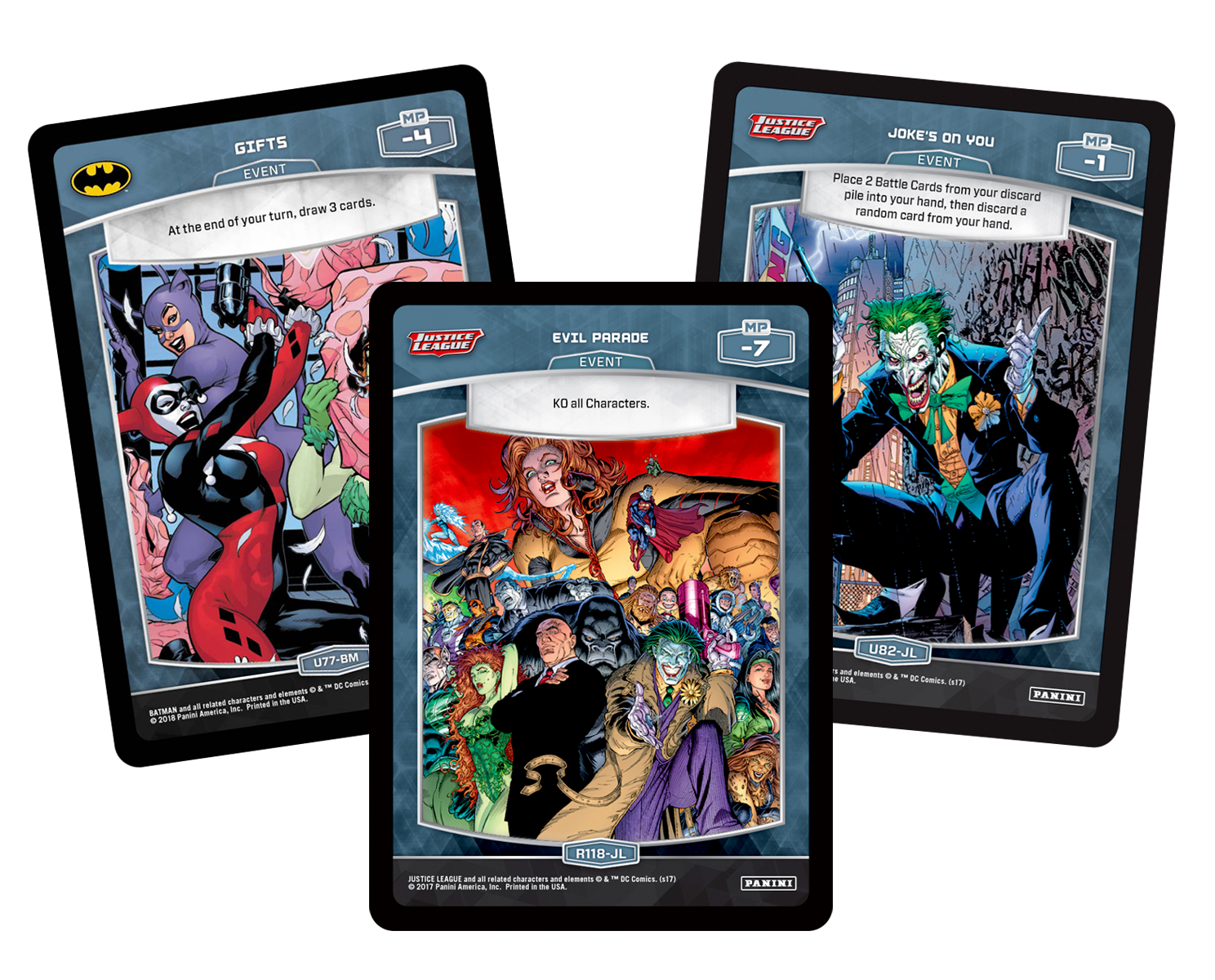 In terms of the events, Evil Parade is the engine of the deck. I don’t think its selection requires much explanation. Gifts is an undervalued draw engine. Many decks, especially in the control or combo archetypes, don’t mind the delayed gratification for the increased value. 3 cards at a cost of 4 MP is a lot of value if one can afford waiting to get the cards until the end of the turn. I think everyone that plays this game understands the power of Joke’s On You at this point. In this deck, it’s there to replay key battle cards such as 6 Strength (R136-JL) and 2 Special (C39-JL) 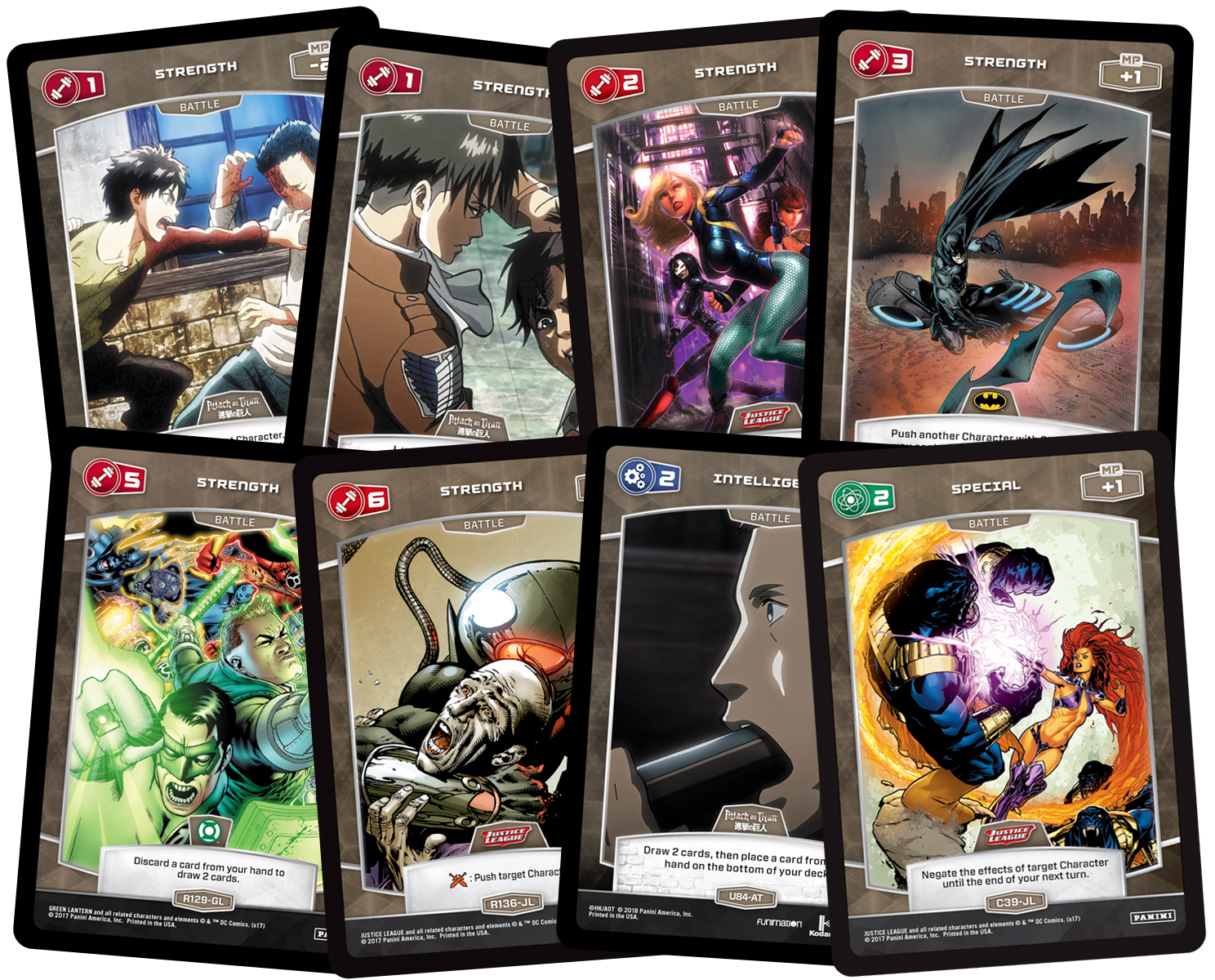 As for the battle cards, 6 Strength (R136-JL) and 3 Strength (U93-BM) are there in direct support of the win condition; they further leverage the value provided by playing Evil Parade while I have Grundy and John Stewart on the board. 1 Strength (R126-AT) can play a dual role of support and tempo. In the best-case scenario, it can KO an opposing character such as General Zod that is going to make my deck have a bad time. Other times it can just push an opposing character to open an avenue for unopposed VP.

The purely support battle cards would be 1 Strength (U83-AT) and 2 Special (C39-JL). 1 Strength (U83-AT) is valuable for protecting my Grundys or John Stewarts from an untimely Power Players or opponent’s 2 Special (C39-JL). 2 Special (C39-JL) is a Battle Card that seems to find a place in all of my decks. There aren’t too many decks out there that don’t have a character or two that they absolutely do not want to see. Often times, the window provided by 2 Special (C39-JL) is just enough to solve that problem In the case of this deck, an answer is absolutely necessary for an opposing General Zod, and really helpful against an opposing Bizarro (copying Zod or my Grundy or John Stewart), as well as any potential mirror match.

Over the course of the tournament, the biggest thing I learned was that the Female Titan experiment failed. I do not remember a time I played her when I had any other character in my hand. I would likely trade those out for Superboy-Prime, Superman – Last Son of Krypton, or Wonder Woman – Amazon Princess. All fill a similar stat spread while providing an additional benefit. Based on the meta of the MXOLT II, Superman would probably be my first choice for testing. The other character change I would make would be to drop 1 Atrocitus to add the 3rd John Stewart.

Overall, I really enjoyed playing this deck and think it has a lot of potential. With a few tweaks and some more testing, I would definitely consider playing it in a regional-level event.

Think I’m missing something? Like the deck and want more insight? Want to encourage me to produce more content? You can message me on Facebook or email me at quinn11matt@gmail.com. Thanks for reading!